Discover where and when your app has been featured

See exactly when your app or competitors were featured in the Apple App Store and Google Play Store and monitor the impact.

With AppTweak you can now see exactly when and in which country your app or competitors were featured in both the Apple App Store & Google Play Store. Not only does this give you more insights into your app’s visibility, but you can also use this information to attribute peaks in App Store Browse Traffic.

Under the ASO Intelligence header, click on 'Featured Apps'.

This section shows the apps that were featured on The Apple App Store tabs Today, Apps and Games for selected countries, and date range. 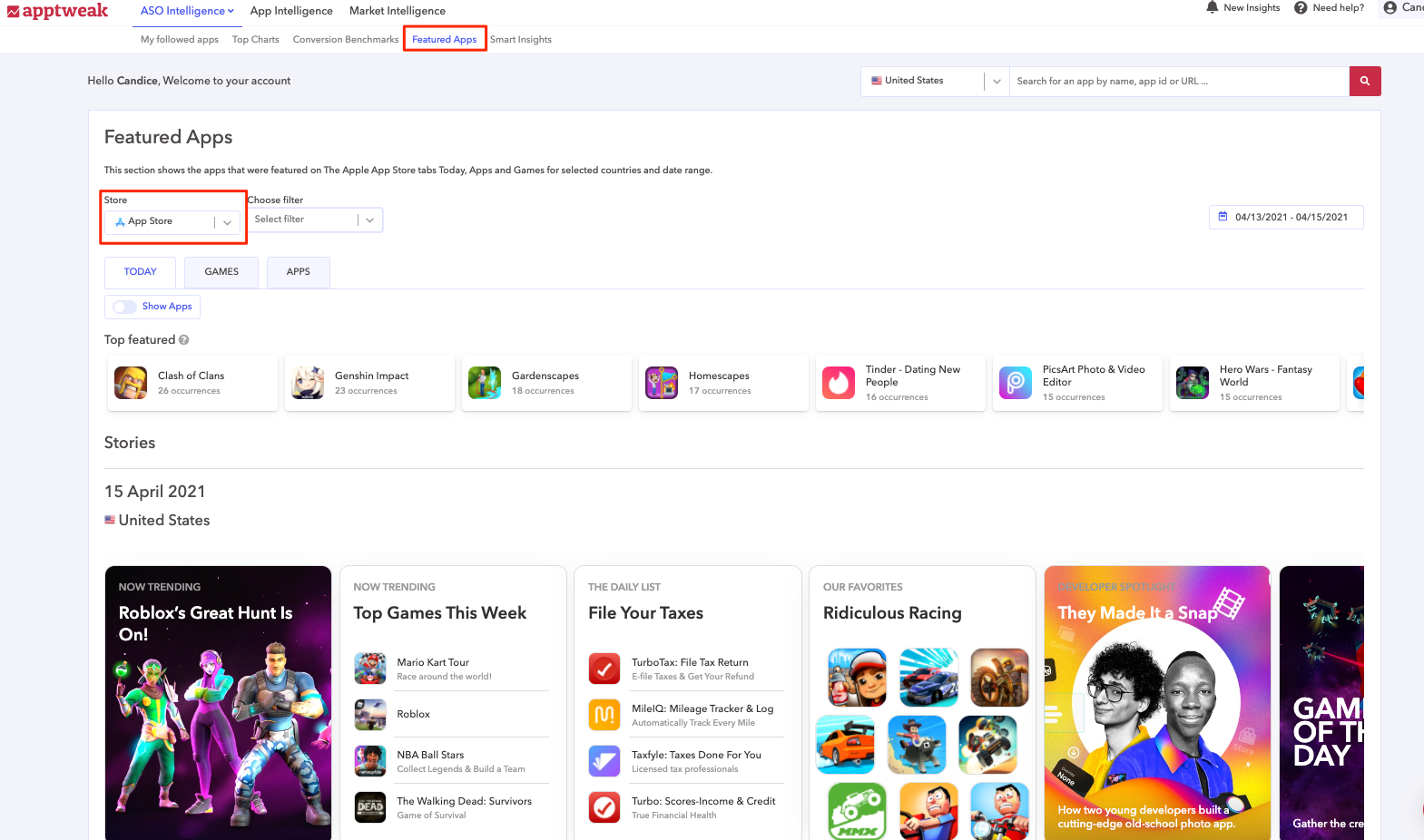 You can also choose to see featured apps for the country and preferred date range of your choice by using the filters.

In our Featured Apps section, you can check the stories that were published in the Apple App Store Today tab in any country at any date and the number of keywords on which they rank.

💡 Stories that are published on the Apple App Store Today tab also appear in the search results of keywords. 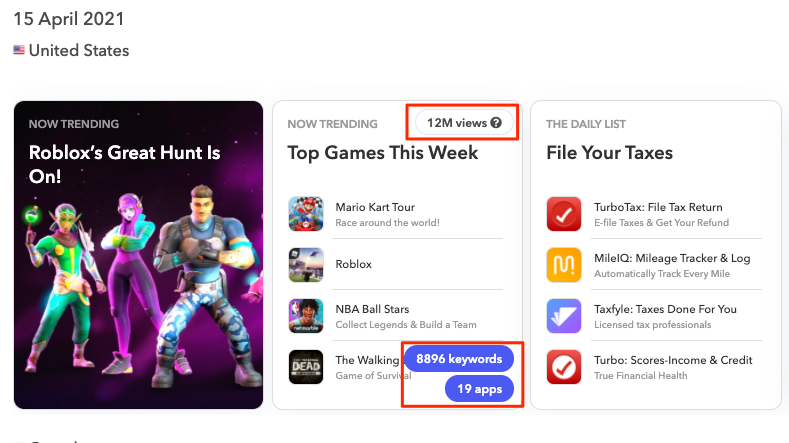 To help you estimate the impact of a Featured Story in the Apple App Store we have developed a unique metric: Story Views. This KPI estimates the total monthly views a particular story receives.

👉Learn more about how we calculate Story Views!

In addition, for each Story, we show you the detail of keywords that a specific story ranks on, its position on each keyword, as well as the date range for which the Story was present on a keyword.

These insights help further judge the visibility that Story is giving to your app.

These are questions you can answer using this feature! 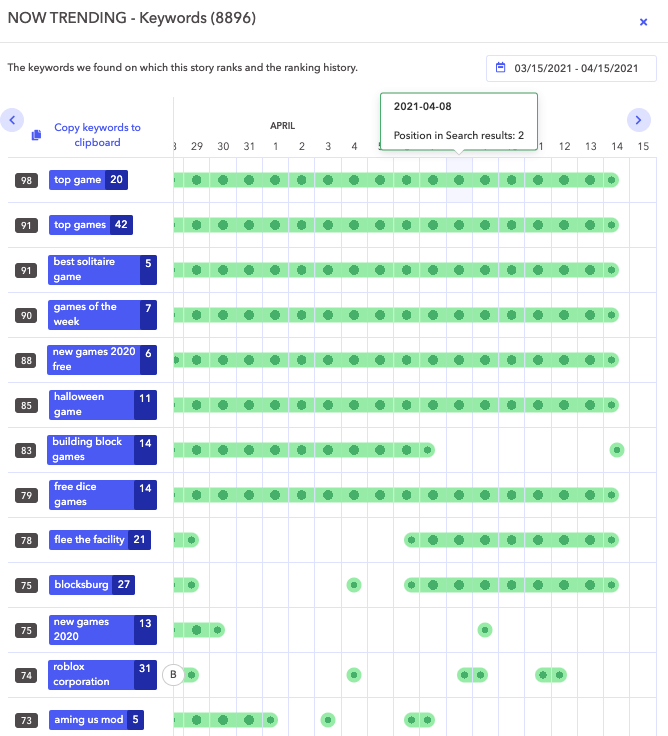 You can hover over the green circles to see which position this keyword appeared in the search results.

This section shows the apps that were featured on The Play Store tabs Apps and Games and the sub-category Family for selected countries and date range. 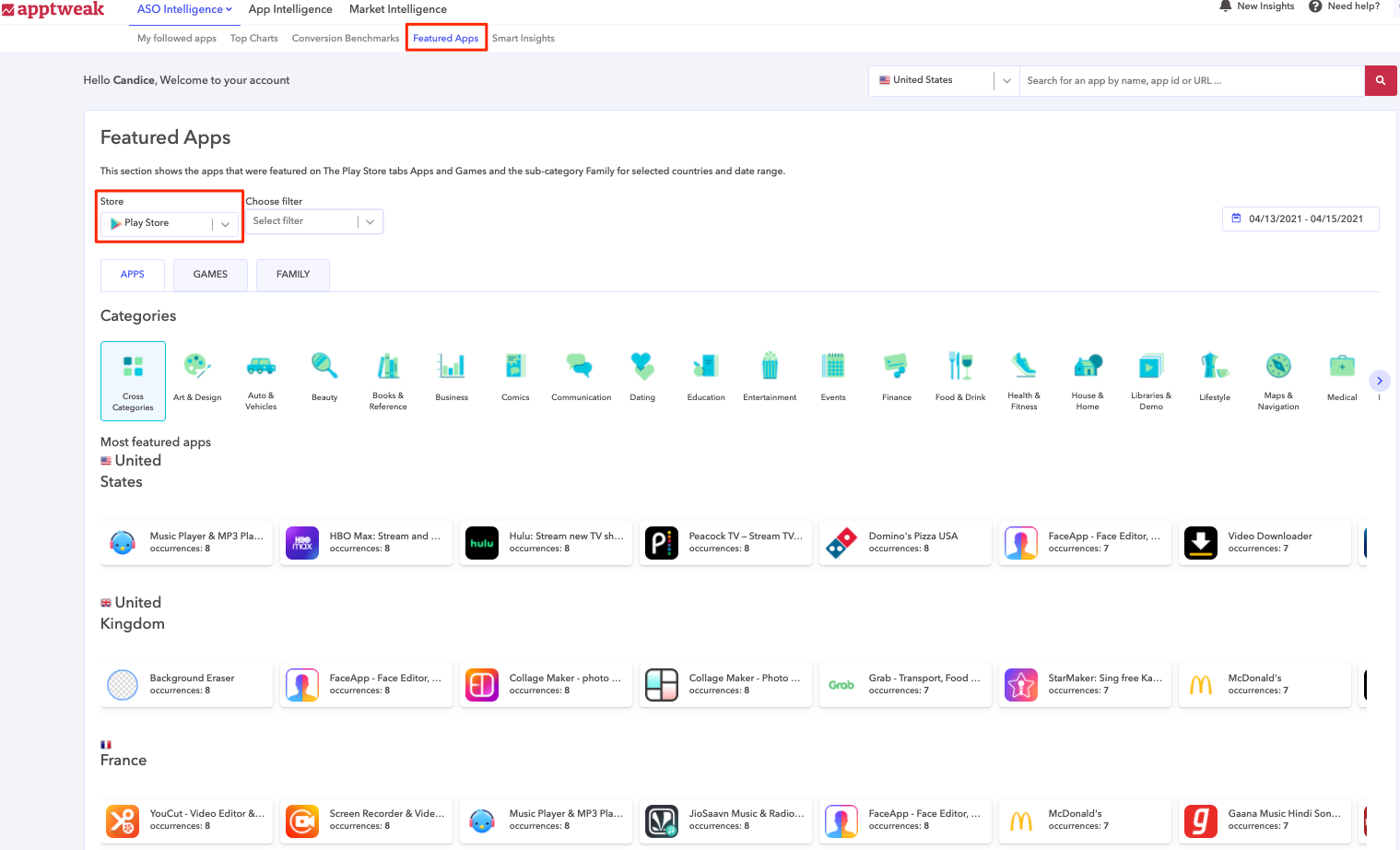 In the default view, you can see the apps that were featured most across all categories in the following countries: the United States, United Kingdom, France, and Germany.

💡 Just like the Apple Store view, you can also choose to see featured apps for the country and preferred date range of your choice by using the filters

In each country, we rank the apps by the number of featuring occurrences (the number of times an app was featured in the Play Store, independently of the category). 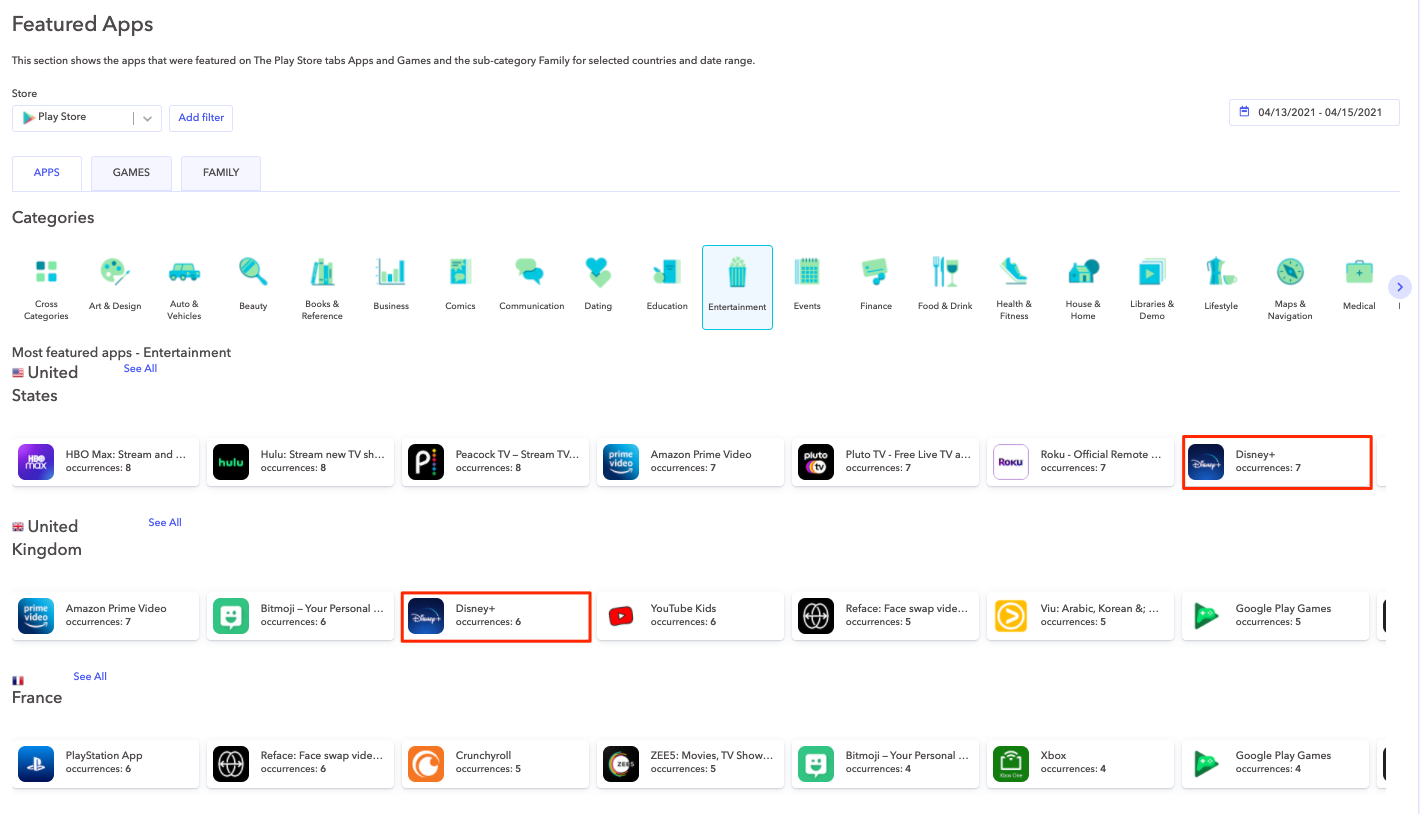 To compare trends between countries other than the default countries, you can choose to add a country filter and add multiple entries.

Now, will be able to track your app or your competitors to understand when and where they were featured on the App or Play Store!