In the Metadata tab, under the Timeline section, AppTweak tracks all of the metadata updates of any app in the app stores and A/B tests for Android apps. This section contains a wealth of information on your competitor's ASO strategy.

⚡️ For only Android apps, we detect when there are A/B tests. Apple does not allow you to A/B test. We directly receive this data from the Google Play Store. 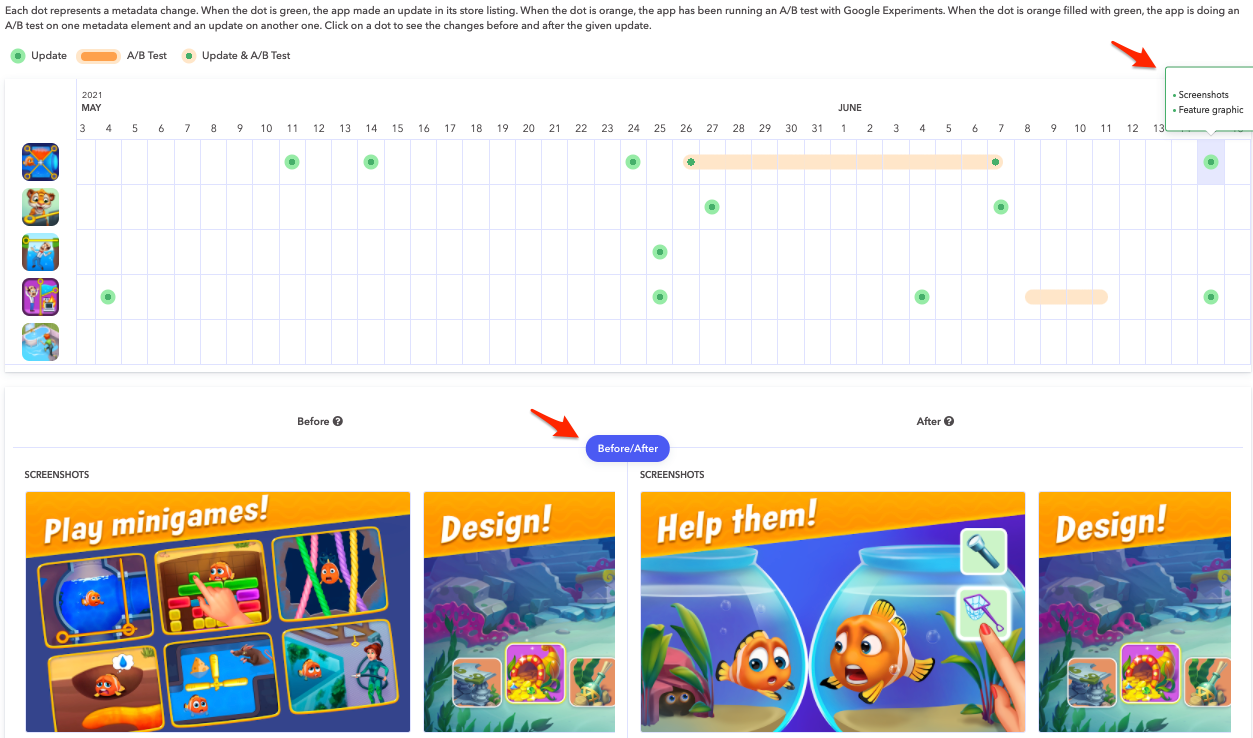 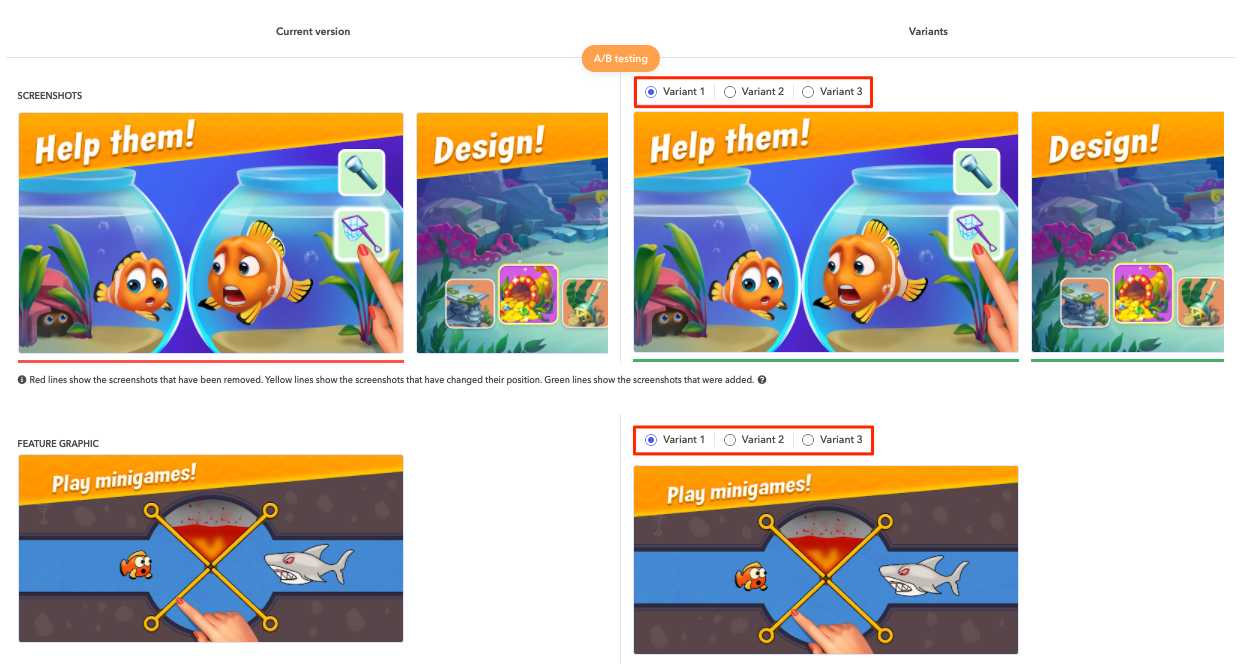 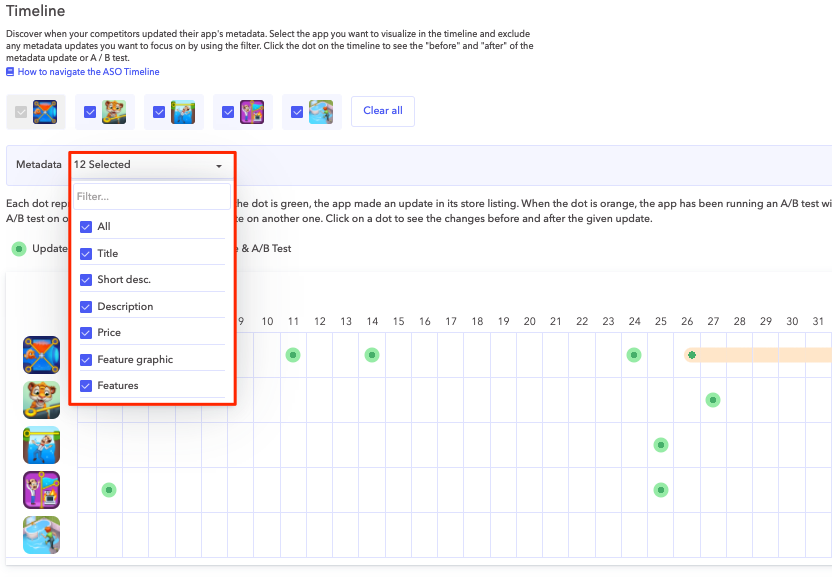